At the beginning of 2020, things were looking promising for Flagstaff Pulliam Airport. It had just come off its best ever year, with a historic 124,000 enplanements in 2019, about 50,000 more than in any previous year.

Then the pandemic hit and as the country shut down, the numbers plummeted. Instead of planning for new flights, the airport was looking for ways to assist businesses operating in the terminal.

Now as people feel free to move about the country again, Airport Director Barney Helmick says the airport is on track for a year almost as good as 2019.

The airport’s growth in recent years has been fueled by adding destinations and an additional carrier. Currently there are four American Airlines flights to Phoenix, with a fifth to be added later this summer. American also provides three daily flights to Dallas. Meanwhile, United Airlines has two daily flights to Denver with a third scheduled to start on July 1. 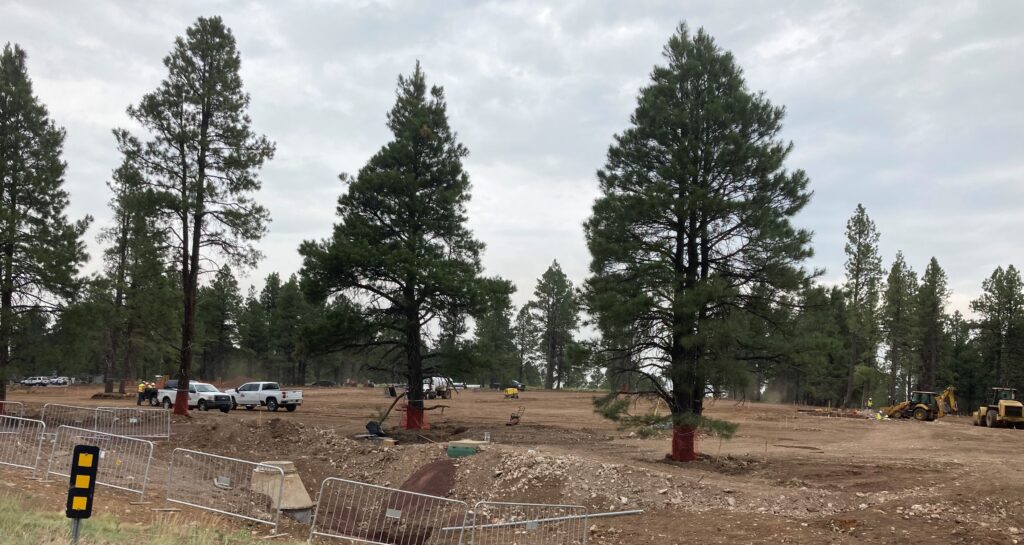 With the recent growth the airport has experienced, improving parking is a top priority. Construction on a second lot to add 400 parking spaces, essentially doubling the number of spaces, should be completed this fall. After that, travelers can expect to pay for parking at the airport, but the details on the fee structure are still being worked out.

Inside the terminal, Helmick said plans are being developed to expand space near the check-in counters and the hold area for passengers “so they aren’t on top of each other.”

Meanwhile, another big project near the airport is starting to gain traction. The City of Flagstaff has 31.45 acres of undeveloped land and is working with Genterra Enterprises to create a master plan that would bring office, retail and light industrial space to the site.

We’re looking forward to seeing more good things for our local airport, which is one of our community’s great assets for vacationers and businesses alike.