Flagstaff is reviving its Sister Cities program and looking for input from the community as it determines which municipalities it will reach out to in order to forge these unique international relationships.

The Sister Cities program was created in the 1950s, spurred by President Eisenhower’s White House Conference on Citizen Diplomacy. The goal was simple for the man who had led the Allied Forces during World War II: Create a way to encourage people from different countries to learn about each other as a means of avoiding future wars.

These partnerships have led to cultural and educational exchanges as they helped form lasting bonds of friendship between U.S. citizens and people from around the world. In recent years, however, the benefits of the program have included the potential impact on economic development, as these partnerships have served as international bridges for business relocation and expansion. 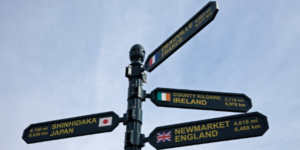 In the past, Flagstaff had sister city relationships with communities in Argentina, Australia, Mexico, Russia and Taiwan. These partnerships have had many positive impacts on our region.

When the City had a relationship with Blue Mountain, Australia, for example, visitor information desks were set up in each community’s Visitor Centers to assist visitors that encouraged tourism to the sister city. This created economic impact for both cities. A partnership with Manzanilla, Mexico, led to increased opportunity for Northern Arizona University students to study abroad.

Now, the sister cities program is being refreshed. Under the guidance of the Flagstaff Sister Cities Board of Directors and with the help of volunteers, Flagstaff hopes to establish relationships with several cities to promote tourism, business attractions, educational resources, and student exchanges.

Please take the Flagstaff Sister Cities program’s quick, four-question survey about what cities or countries you think Flagstaff should pursue for this endeavor. Personally, I’ll be suggesting San Miguel de Allende in Mexico. Why? Because UACJ-Whitehall Industries, which chose Flagstaff as the home of their new plant earlier this year, has facilities there as well. The two cities also share a strong tourism economy.

Let’s help identify other synergies like this one, so we can continue to build global relationships.

We wish the Flagstaff Sister Cities program much luck as it works to foster connections between our region and the rest of the world.