As we celebrate a new year and look forward to the recovery of our local economy, I wanted to take a moment to welcome the new members of ECoNA’s Executive Board. These individuals represent the education, government and private business sectors and we look forward to their leadership and input.

Joining our Executive Board this month are the following: 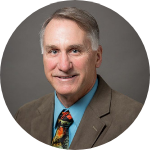 Matt Ryan is the chair of the Coconino County Board of Supervisors and represents District 3, which includes Williams, portions of Flagstaff and Sedona, as well as several unincorporated areas of southwestern Coconino County. Originally from Pennsylvania, he moved to Flagstaff in 1982. He considers wise land use planning and resource protection among his highest priorities. A former U.S. Marine, Supervisor Ryan supports ordinances that protect our military facilities, their missions and their regional economic benefit.

Regina Salas, elected to the Flagstaff City Council in 2018, describes herself as “a mother, a businesswoman and an immigrant, living and thriving in Flagstaff for over 12 years.” Councilmember Salas is an entrepreneur, whose business ConnectEdge helps small companies and nonprofits with development, capacity building and online reputation management. Born and raised in the Philippines, she has extensive government experience, including working for the Philippine Congress, the City of San Fernando and Coconino County. 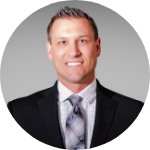 Long before becoming Superintendent of the Flagstaff Unified School District, Mike Penca traveled from Iowa to our region for trips to the Grand Canyon and even thought Flagstaff would be a great place to retire. After years with the Mason City Community School District, including stints as a kindergarten teacher, school principal and interim superintendent, Mr. Penca joined the Flagstaff school system in 2017. He is now leading the district during one of its most challenging times, as it grapples with the best way to provide education to more than 9,600 students during a pandemic. 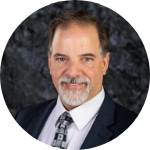 Peiter Hjertstedt first joined BNSF Railway almost 27 years ago. He started as machine operator and rose through the ranks with positions that included train dispatcher, trainmaster, and terminal manager. He is now the Regional Manager of Economic Development for the railroad, covering Arizona and New Mexico. He is a Certified Economic Development Manager and will serve as a representative for large businesses on the ECoNA Executive Board. 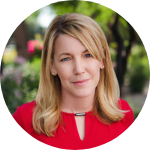 I also wanted to extend my sincere thanks to two people who recently departed the Executive Board, former Flagstaff Mayor Coral Evans and former Coconino County Supervisor Art Babbott. Both gave us valuable insights and support as we worked towards greater economic vitality in our region.