As we get ready to close out our celebration of Manufacturing Month, we set our sights on Camp Navajo in Bellemont, which may soon be primed for significant economic development.

Provisions in both the U.S. House and Senate versions of the National Defense Authorization Act 2021 (NDAA) would transfer about 3,000 acres – almost 5 square miles – of land at Camp Navajo to the Arizona Department of Emergency and Military Affairs. That move would allow businesses to more easily locate in and around the military base.

Work on the land conveyance has been going on for about five years; the first major proponent was the late U.S. Sen. John McCain. Now a bipartisan group of Arizona legislators, including Sen. Martha McSally and Congressman Tom O’Halleran, have almost brought it to the finish line. 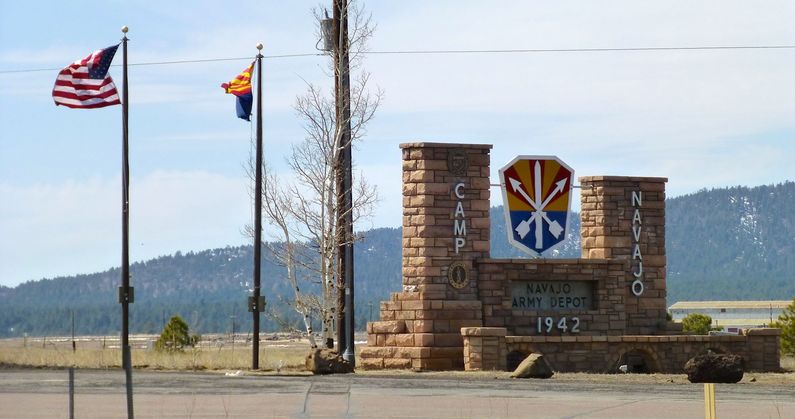 The final steps will be the reconciliation of the House and Senate versions of the NDAA and then signing of the final bill by the President, which will not happen until after the general election next month.

Although the Camp Navajo land conveyance has gained bipartisan support, the same cannot be said for the NDAA as a whole. According to a story that came out in Politico this week, members of the progressive wing of the Democratic party might try to cut defense spending and redirect those funds to domestic priorities if they sweep the House, Senate and White House in the upcoming election.

Meanwhile, although both the House and Senate versions of the NDAA call for the renaming of military installations that now honor Confederate leaders, President Trump has threatened to veto the NDAA if that provision is in the final bill.

There are signs, however, that regardless of politics in Washington, D.C., more economic development at Camp Navajo is not a matter of “if” but “when.”

Part of a $920,000 grant recently awarded to Coconino County from the Defense Department will fund a feasibility study on the potential for forest restoration industries at Camp Navajo. Northern Arizona University showed the potential of that kind of business in a pilot program last year, where they set up a wood chipping operation at Camp Navajo. After processing more than 1,000 tons of small-diameter logs from forest restoration projects, they shipped the chips to South Korea via rail and cargo ship.

For you history buffs out there, Camp Navajo began during World War II as the Navajo Ordnance Depot. Encompassing more than 28,000 acres, it served as a transportation point for munitions headed to the Pacific Theater. Towards the end of the war, about 250 Austrians were housed there as prisoners of war and to help relieve workers at the understaffed depot. (They performed non-military tasks, such as cooking and digging ditches at the facility.)

After the war, the installation was renamed several times, ultimately becoming Camp Navajo in 1993. It is currently operated by the Arizona National Guard as a training facility and logistical support center. Its attractions to the private sector include its location along both a major rail line and Interstate 40.

Camp Navajo has had a fascinating history and we are looking forward to how its future may soon add to the region’s economic vitality.